Hansjürgen Schmölzer studied law and media science at the University of Graz. He is founder of the Austrian film- & mediaproduction group BSX-Schmölzer GmbH and joined First Hand Films with his company as partner, aiming to strengthen the international co-production competences of both partners and to jointly develop new documentary films from promising talents on an international level.

With his company group in Austria and Croatia he produces documentary films, cultural-publications and -projects. He is manager and editor of the Austrian cultural network platform CREATIVE AUSTRIA and author and director of documentary films focussing on topics of human rights, political conflicts and cultural- and contemporary-history.

He was awarded with the Globe Award for the worldwide best marketed cultural project (Graz 2003 Cultural Capital of Europe).”

Kat Woodtli grew up in Switzerland, the USA and Australia. She holds a BA (Hons) in Film and TV Production and an MA in Cinema, Film and Industry from the University of Westminster and a BA focusing on Creative Writing from the Open University (UK). She worked on Wes Anderson’s and Tim Burton’s stop motion features before venturing into screenwriting. Her passion lies in bringing to life untold stories about remarkable historical figures with a focus on women and the LGBTQ+ community.

After living in London and Berlin for twenty years, she’s excited to be back on her home turf as First Hand Films’ first associate writer.

Born and raised in Basel, Angelina holds a Master of Arts in Media Studies & German Literature with a focus on Media Aesthetics and Film History. Until she found her predestined way to the University of Basel she got a Bachelor Degree in Primary Education at Fachhochschule Nordwestschweiz and worked for a bunch of years as a primary teacher as well as a passionate bartender in Basel’s liveliest bars.
Before joining First Hand Films in 2021, Angelina was the Head of Public Relations at Stadtkino Basel.

She is looking forward to using her many communicative talents, her powerful queerfeminist impact and her loving fascination for the cinematic to achieve great things together with the team.

Daniel strives to create playful work that doesn’t compromise on meaning. He holds an M.A. in Economics from the University of Zürich. When studying complex datasets and abstract economic models, he became fascinated by the power of visual communication and that of a good story, translating buck naked information into something relatable and joyful.

He previously worked as creative director and COO of a small creative agency in Switzerland for 3+ years and is now synchronizing creative and economic aspects of a colorful palette of film projects as a Junior Producer at FHF. He is currently based in Zürich.

At First Hand Films she works in production and uses her experience in film to acquire and supervise new projects.

Born and raised in a small village near Lucerne, Mirja spent some time in New York after finishing high school, trying to figure out where to continue her studies. She then decided to stay close to home and attended the University of Lucerne, from where she graduated with a Bachelor’s degree in sociology and communications in 2020.

Led by her passion and love for movies she started an internship in film distribution. Now she looks forward to applying and improving the already acquired knowledge and skills as part of the distribution team at First Hand Films.

Born and raised in Switzerland, Shiran moved to Israel to study film and television at Tel Aviv University. After completing her Bachelor’s Degree, she got an international MBA at Tel Aviv International School while also certifying for the international Skipper’s license. She speaks seven languages and is learning the eighth now, Arabic.

Born and raised in China, lives in Germany, works in Zurich. She studied Communication and Cultural Management, Media Management in Germany, East Asian Art History, Film Studies and Japanese in Zurich. She worked as a journalist in German as well as in Chinese media industry, such as SWR 4 Bodensee Radio, Deutsche Welle and CCTV News Channel; and also worked as a technical coordinator assistant for an international film distributor in Germany.

Film is her passion, she believes film has a special magic – a freedom of expression, when filmmakers express their attitudes toward life and the world through their art. Shan is fascinated by this attractive magic of film. She loves to share good films with people worldwide, films that make people laugh, cry and think. 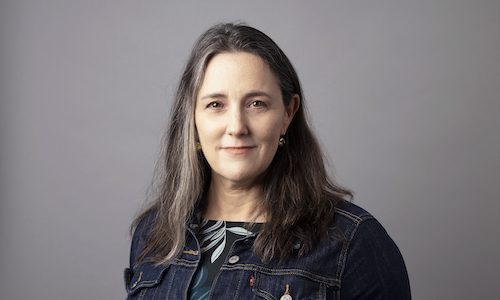